Welcome to the third segment of my short Hari Raya Adilfitri weekend trip to Bangkok, Thailand, in July 2014. This will be the final segment of the report. There will be a total of two focus topics that will be covered up in this segment, which will be the road trip back to Suvarnabhumi Airport and the return flight back home to Singapore.

Part 1 ~ The Road Journey Back To Suvarnabhumi Airport

After spending a long weekend of shopping for new clothes and family & friend gatherings for the Hari Raya season in Bangkok, Thailand, it was finally time to head back home to Singapore.

Part 2 ~ The Flight Back Home To Singapore

The entire walk linking from the Cathay Pacific First & Business Class Lounge to Gate No. G2 took no more than five minutes. Soon enough, we finally arrived at the entrance to Gate No. G2 by 11.05 a.m., just five minutes before boarding for Cathay Pacific flight CX 713 bound for Singapore could begin. Walking along the passenger plank downwards, I had my boarding pass checked and was in the passenger waiting area in a few seconds, where my family met up with me.

Today, Cathay Pacific flight CX 713 bound for Singapore would be operated by an Airbus A330-300 aircraft, registered B-HLD and powered by two Rolls-Royce Trent 772-60 engines. B-HLD was initially delivered to Cathay Pacific as VR-HLD on 30 June 1995 as the fourth Airbus A330-300 and Airbus A330 for the airline, until it received its current registration number on 14 November 1997. The overall delivery would make the aircraft approximately 19.1 years old today.

After spending approximately five minutes of waiting in the passenger waiting area of Gate No. G2, the first boarding calls for Cathay Pacific flight CX 713 bound for Singapore were finally made at 11.10 a.m., 10 minutes ahead of schedule. The Business Class passengers, and with the Asia Miles & Marco Polo club members, along with the passengers in requirement of special assistance were called out to board the aircraft first.

Since we were among the first passengers to be called out, we rolled up all our belongings and got in for the boarding process to go out smoothly. Walking on the jet bridge to Door A, we were finally on board B-HLD at 11.15 a.m., which was in good time for an 11.50 a.m. departure. At the front aircraft door, two flight attendants warmly welcomed us on board and showed us the direction to our seats in the Business Class cabin.

Entering the cabin itself, we stowed away all our belongings and settled into our assigned Seats No. 11A, 11B, 16D and 16G for the short regional flight time of 2 hours 20 minutes back home to Singapore. The Business Class seats we would be using for the short hop back home to Singapore were the new generation of Regional Business Class seats, which can recline up to 165º.

These new seats were introduced in mid-2013, starting with the existing Boeing 777-300s, to improve passenger comfort during regional flights, with some of the improvements being AC power outlets provided for every individual seat and enhanced legroom. These seats have been rolled out on most of Cathay Pacific's regional Airbus A330-300s and Boeing 777-300s, and are expected to be fitted on the rest of Cathay Pacific's regional fleet by 2015.

At exactly 11.50 a.m., all the aircraft doors were closed, and the safety briefing information video was shown on all our video screens. As it was raining heavily outside, the flight was delayed for safety reasons, with the new departure time shifted to 12.15 p.m.. The cabin crew then went around the aircraft to ensure that everyone was comfortably seated before pushing back.

Once the heavy downpour had subsided, we finally pushed back from Gate No. G2 at 12.15 p.m., 25 minutes behind schedule. We then made our taxi on the airport tarmac towards our assigned runway for take-off, taxiing past several aircraft parked at the various concourses at the sole passenger terminal building at Suvarnabhumi Airport along the way.

After a somewhat long taxi duration along the airport tarmac for approximately 20 minutes, the two Rolls-Royce Trent 772-60 engines spooled into life, and we finally lifted off from Suvarnabhumi Airport at 12.35 p.m.. We then climbed into the cloudy afternoon sky for a regional flight time of 1 hour 55 minutes over the South China Sea back to the Republic of Singapore. 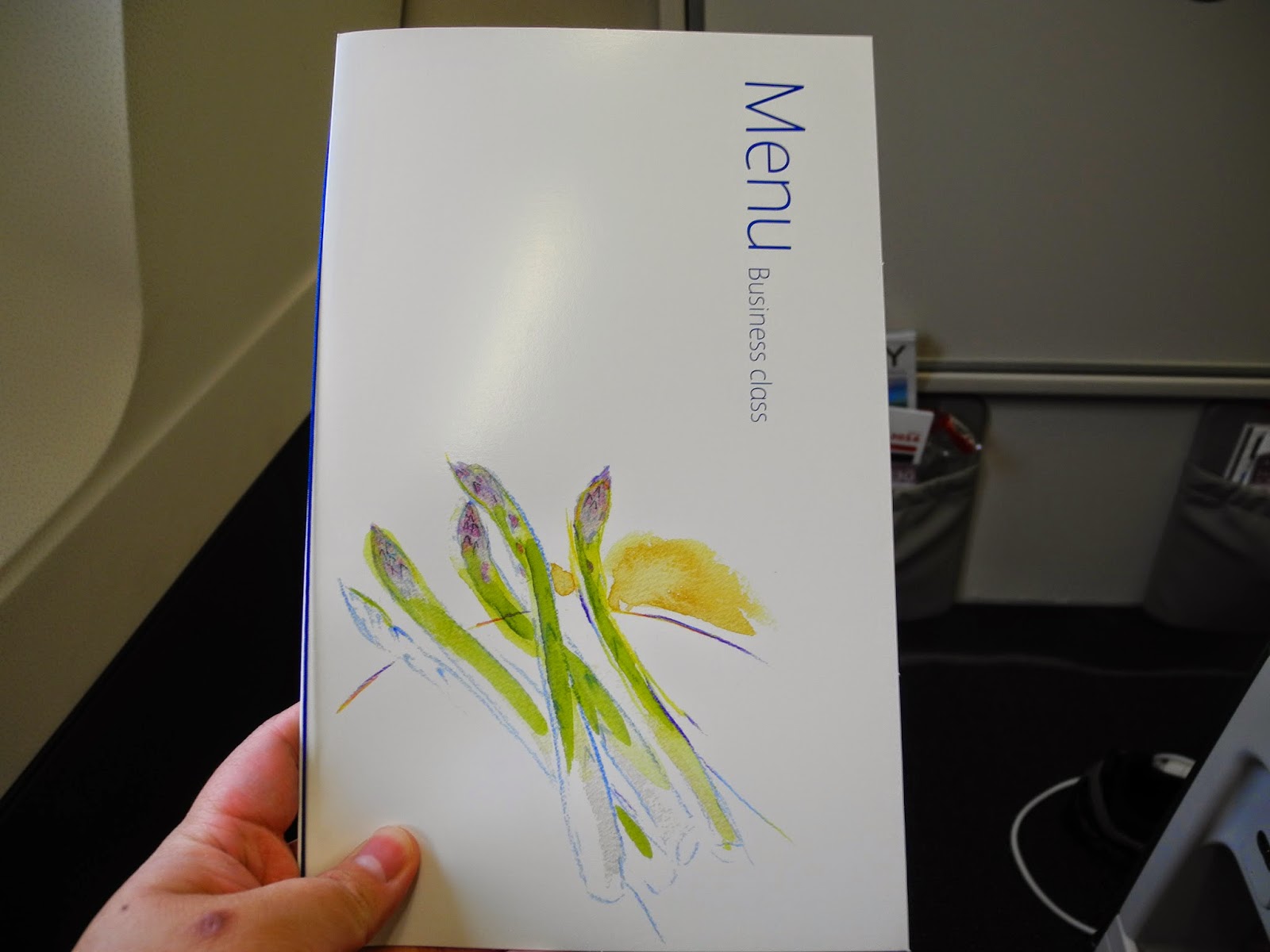 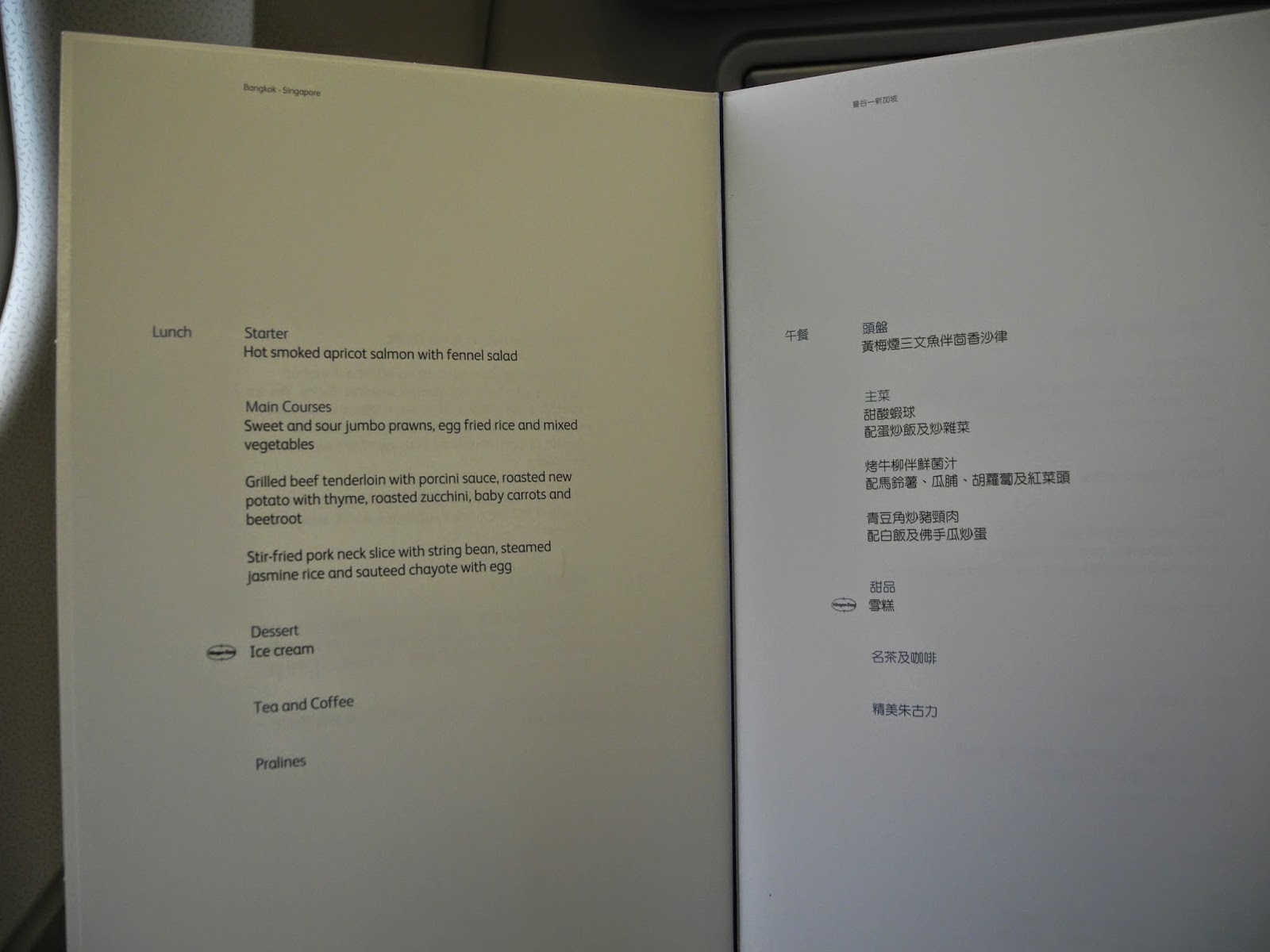 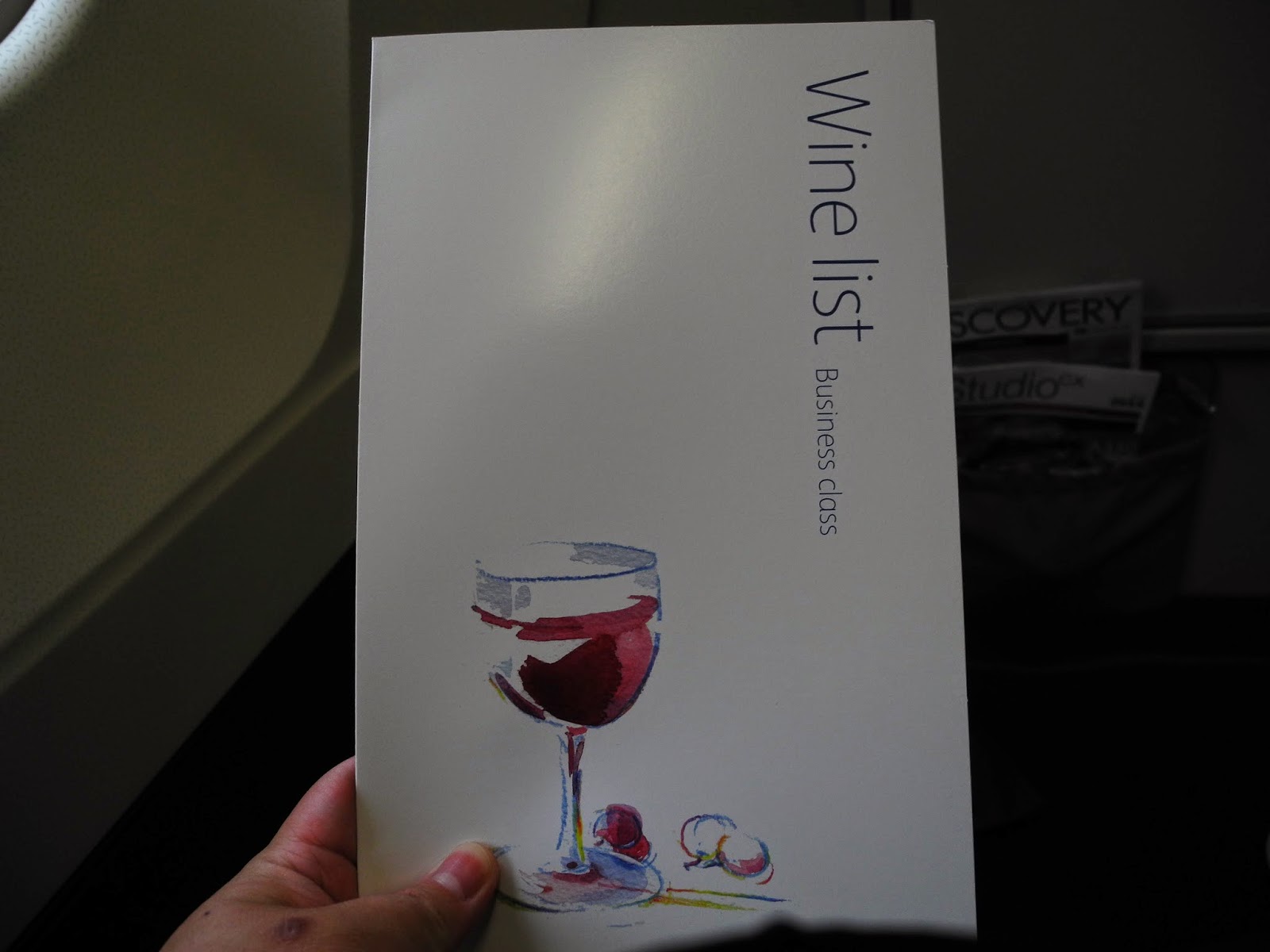 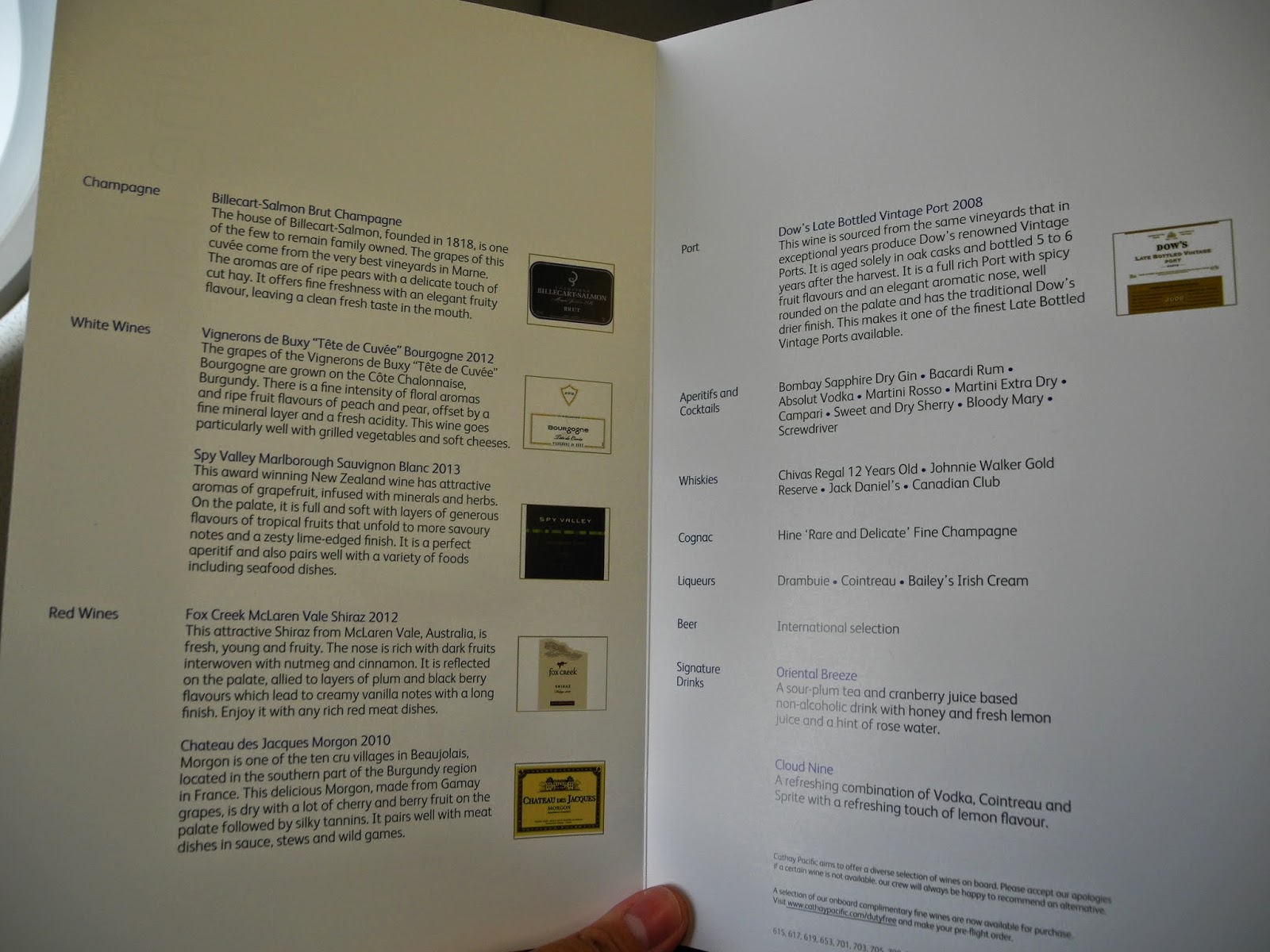 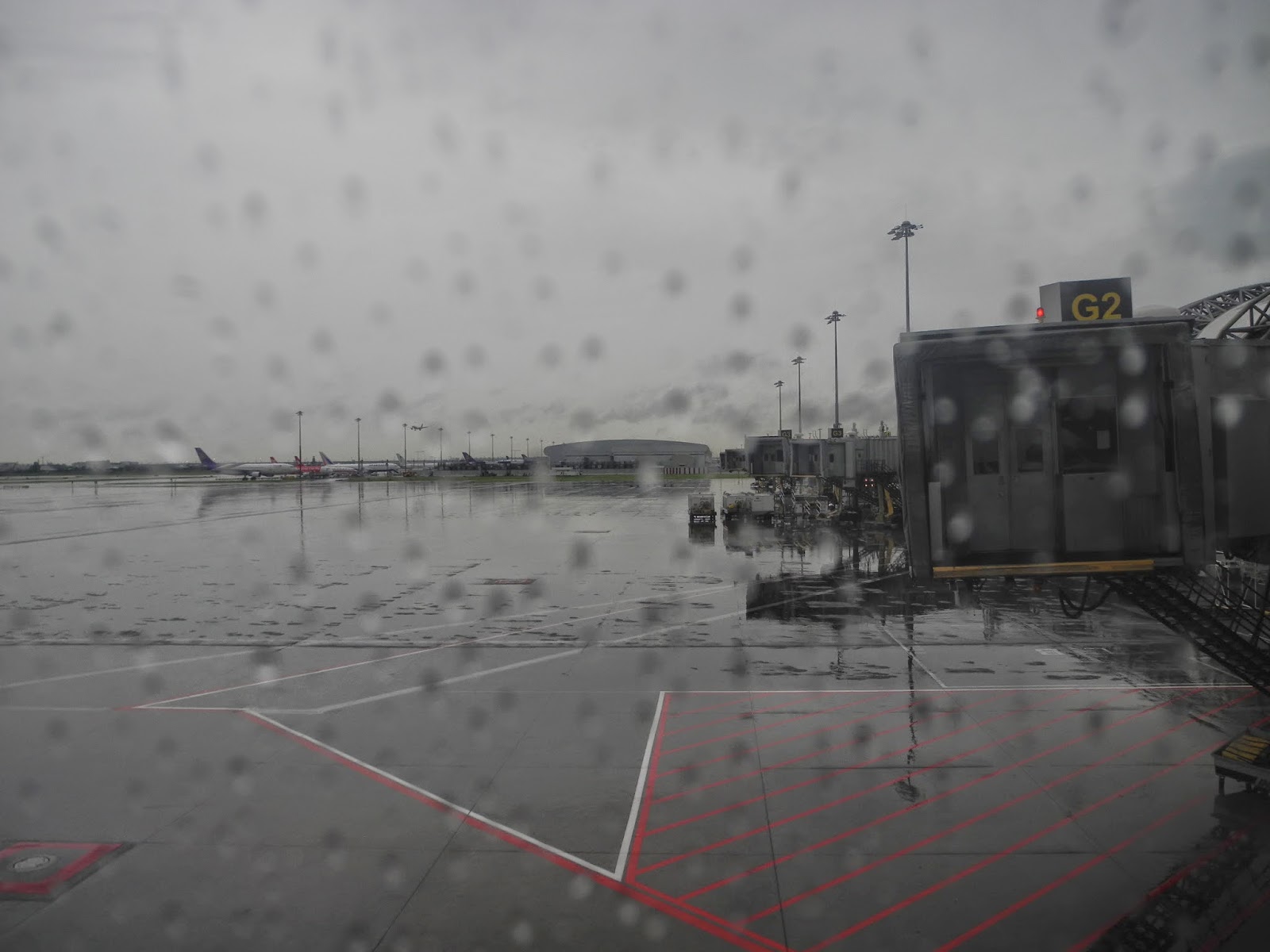 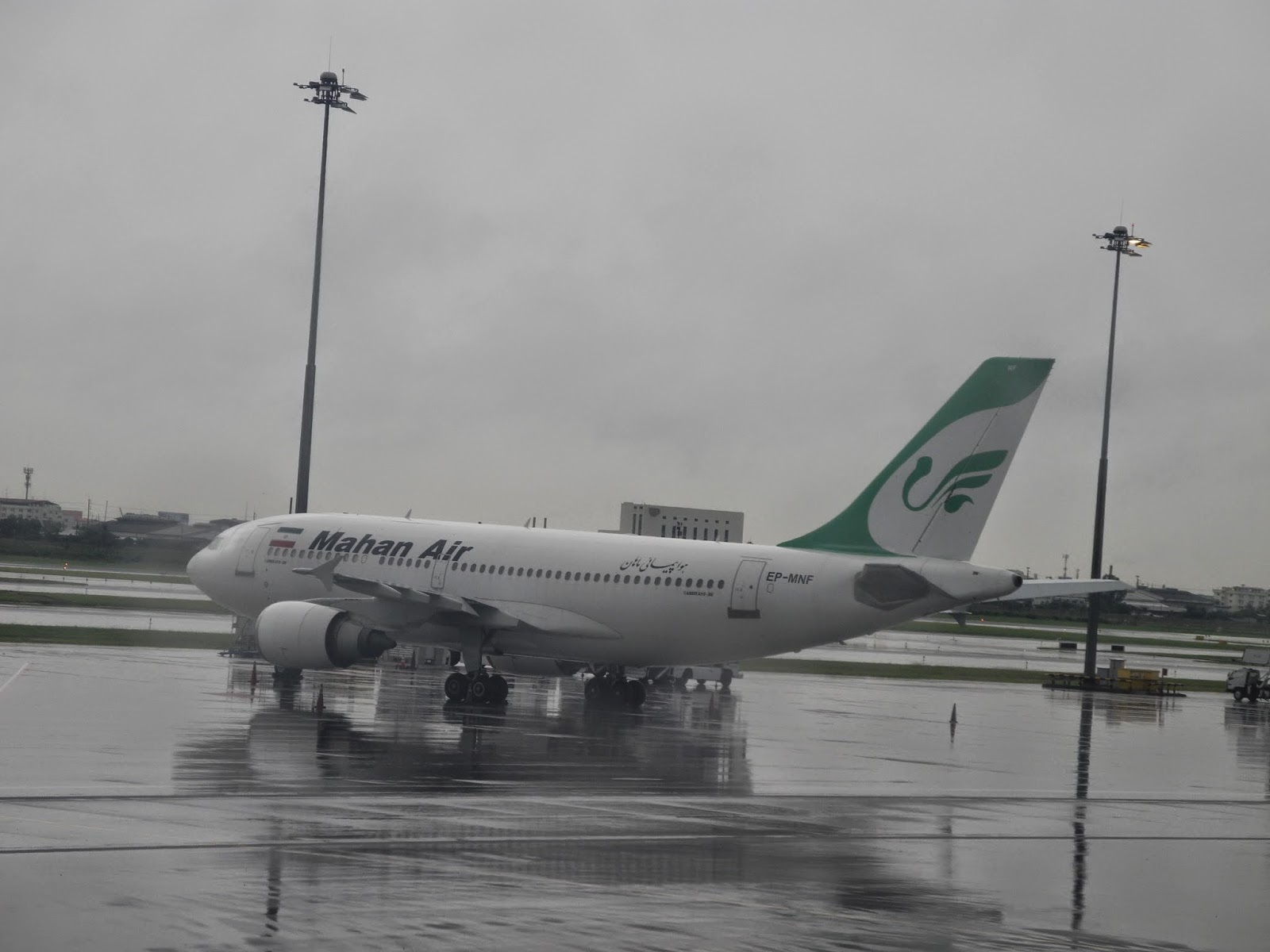 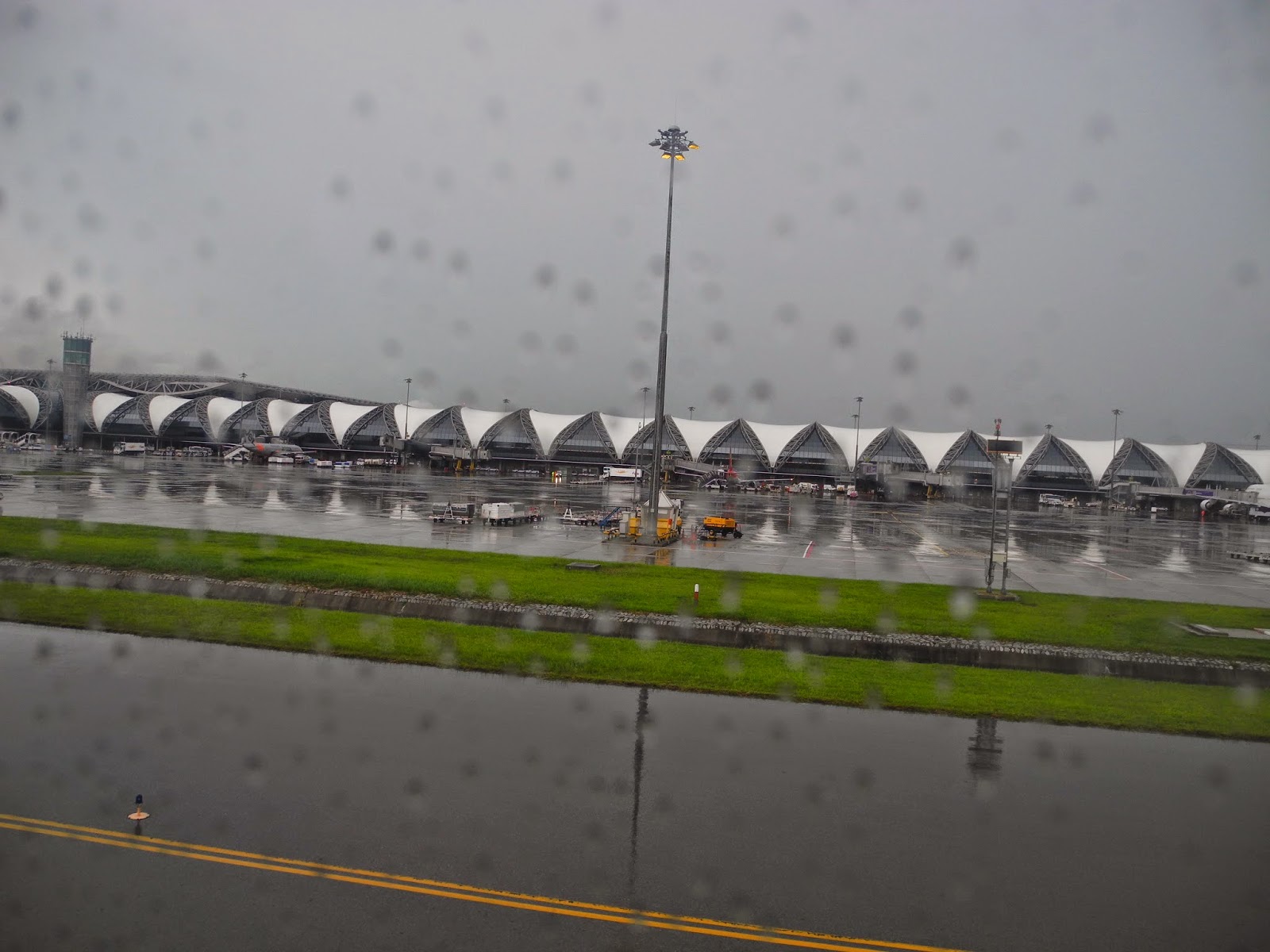 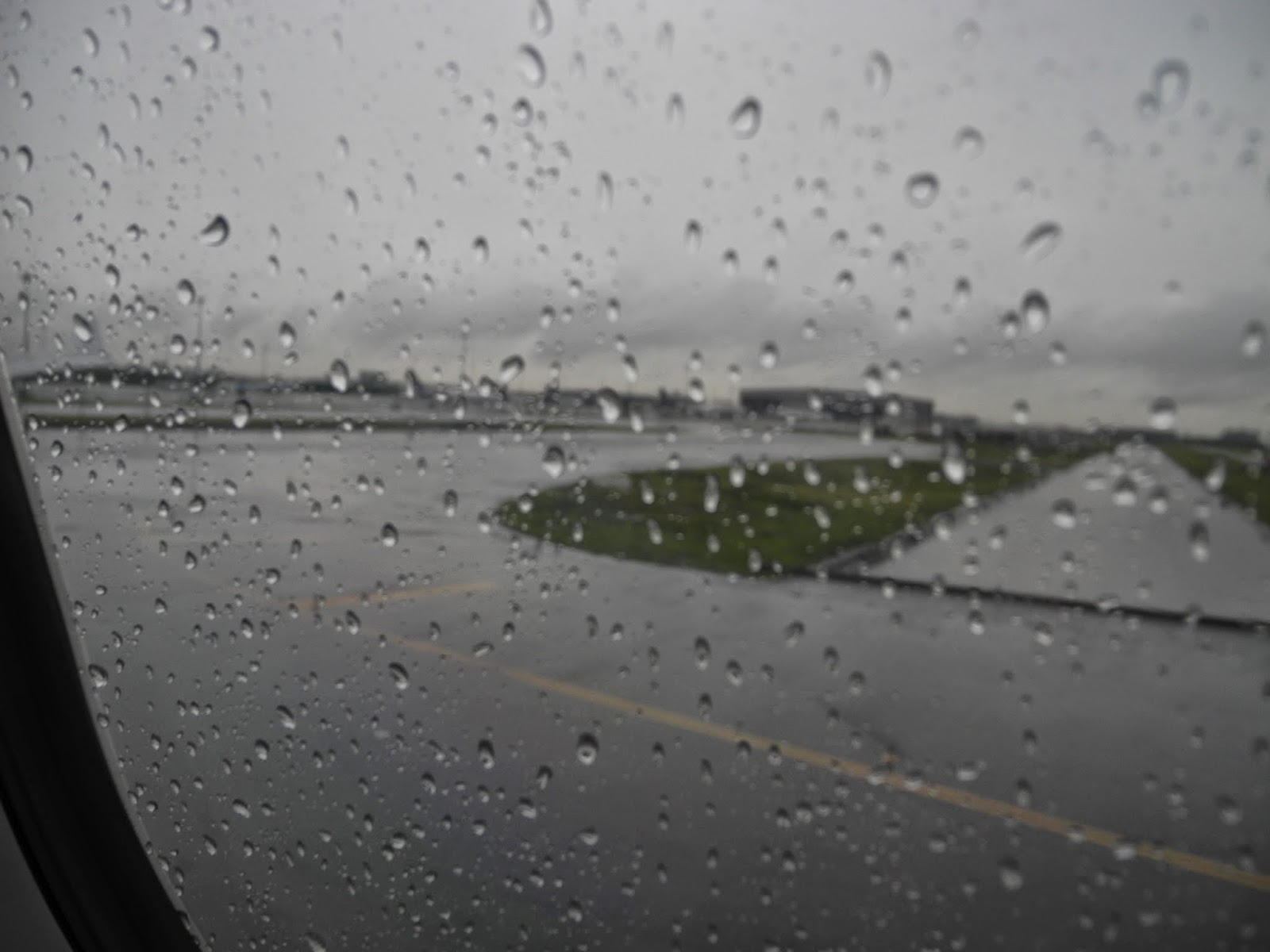 The weather began to gradually become relatively clearer as the aircraft made its final approach into Singapore Changi Airport. After a short regional flight duration of just 1 hour 55 minutes over the South China Sea from the capital city of the Kingdom of Thailand, we finally touched down in Singapore Changi Airport at 3.30 p.m., approximately 20 minutes behind schedule. 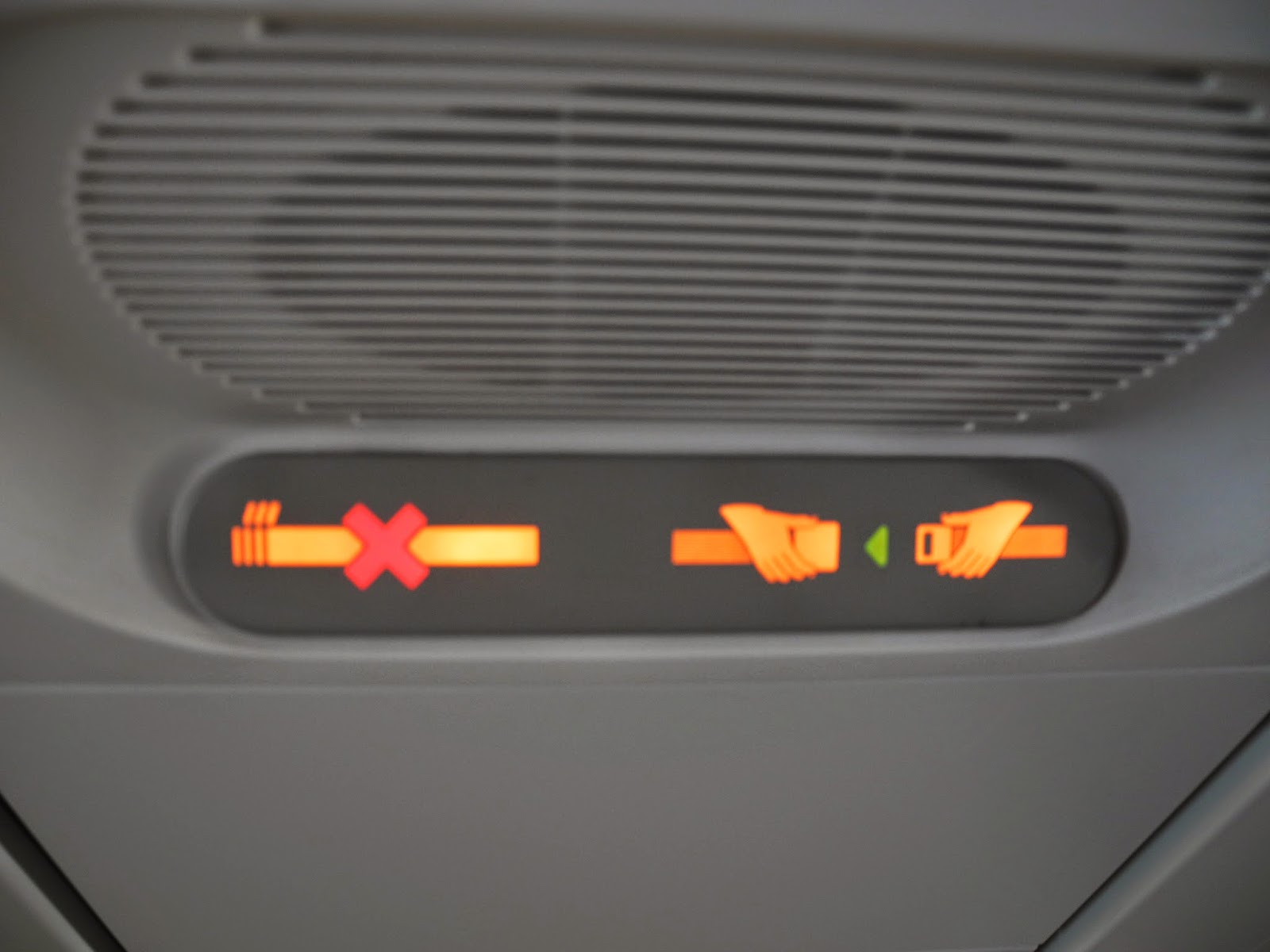 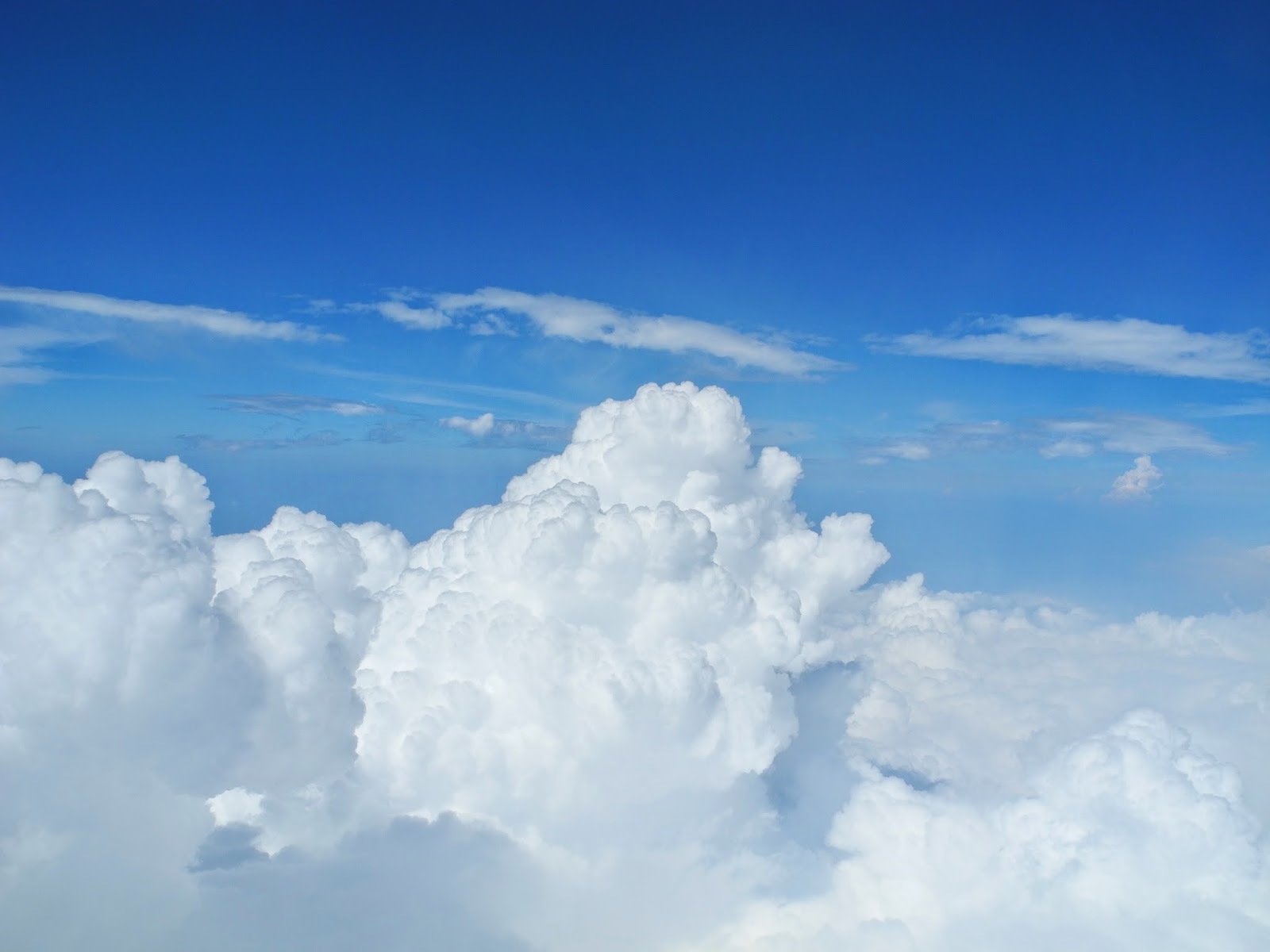 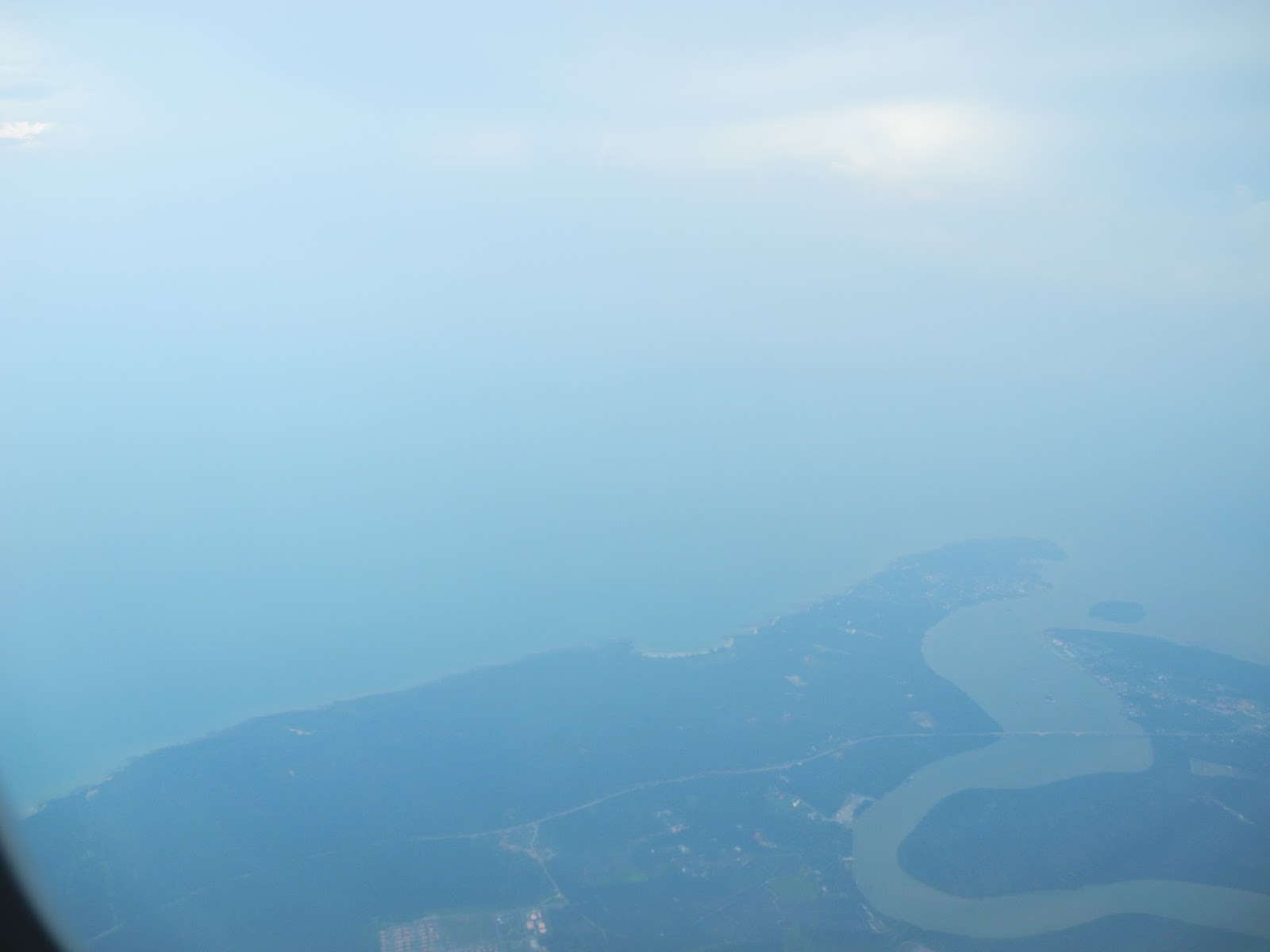 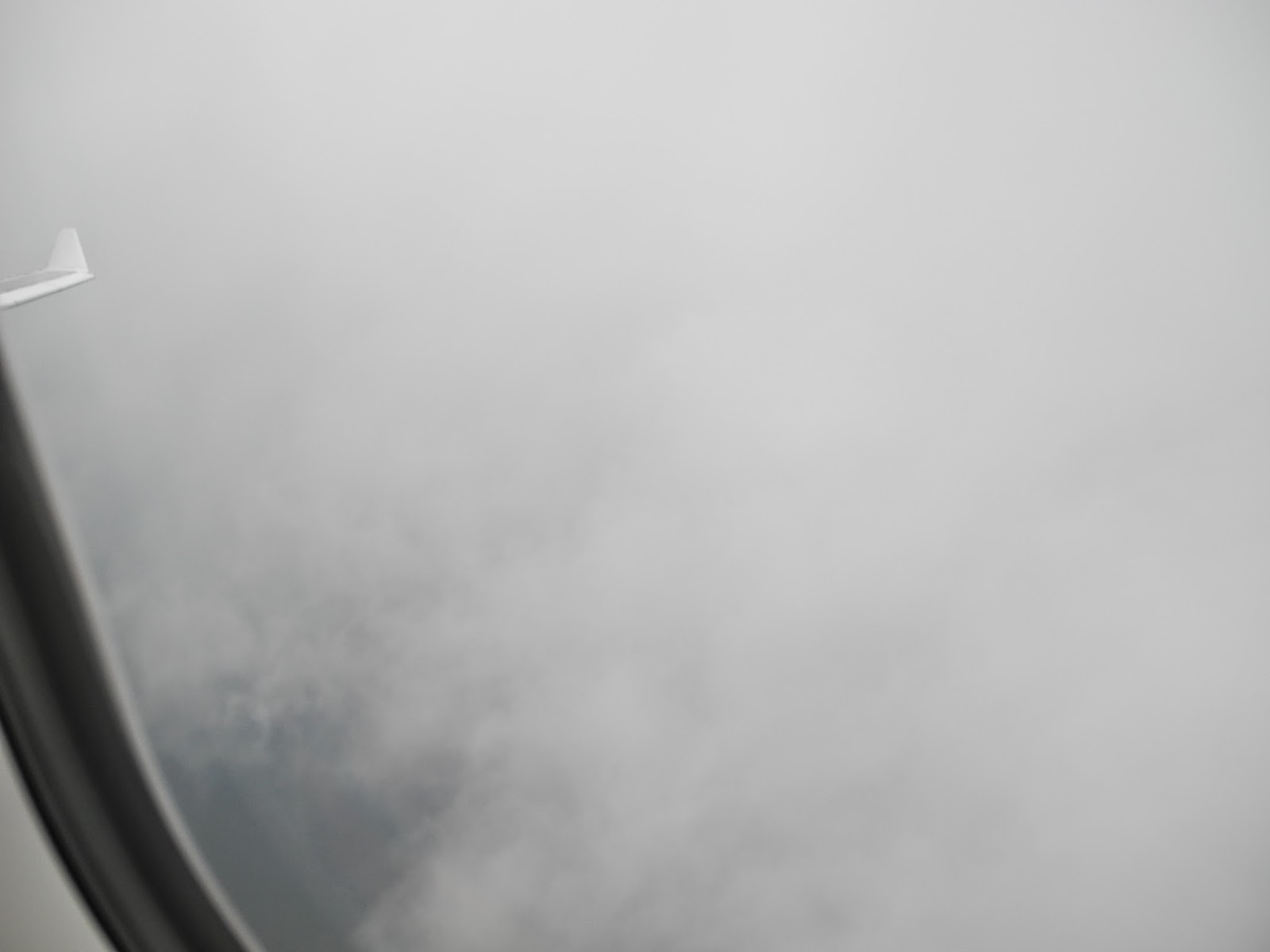 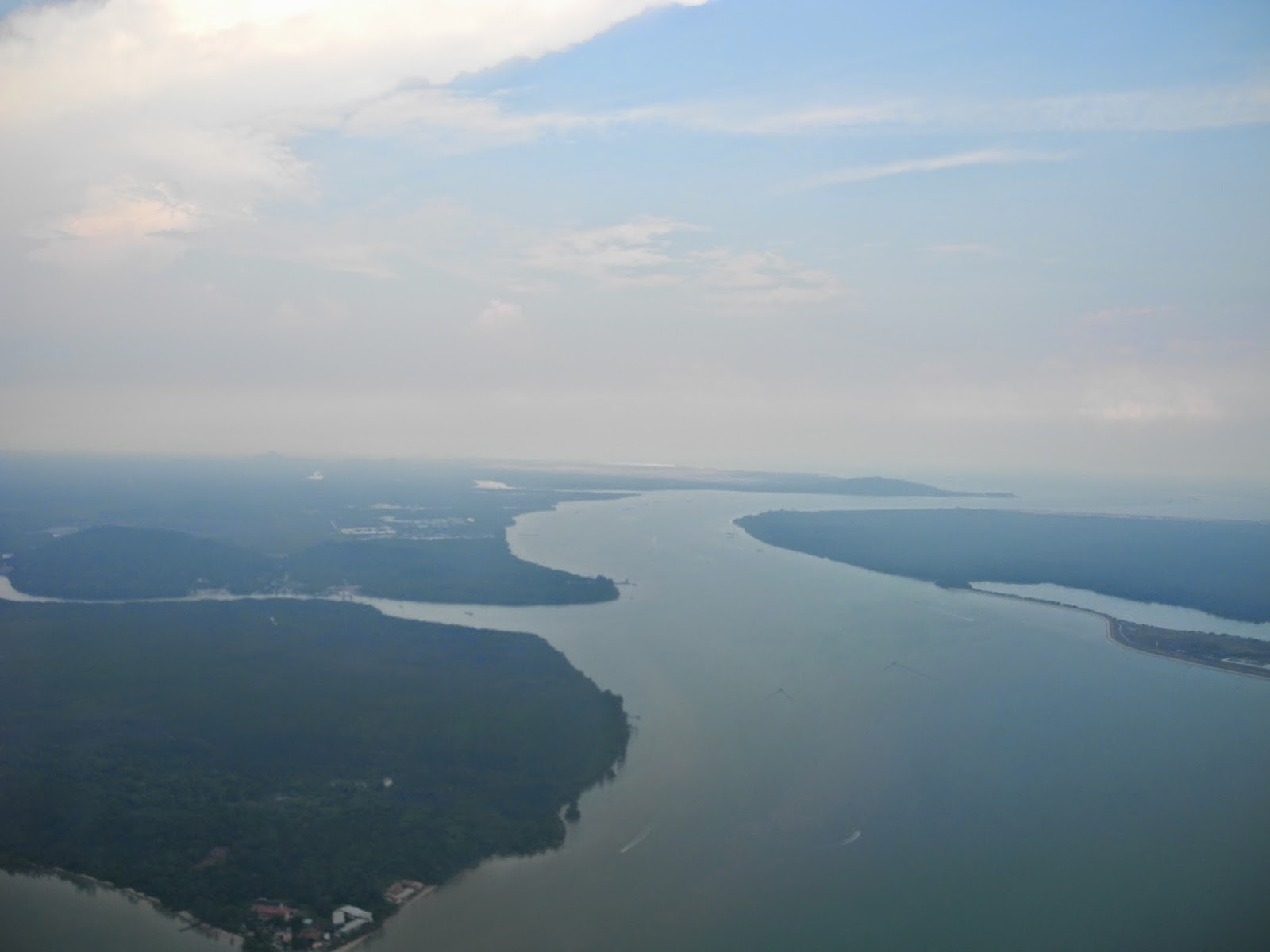 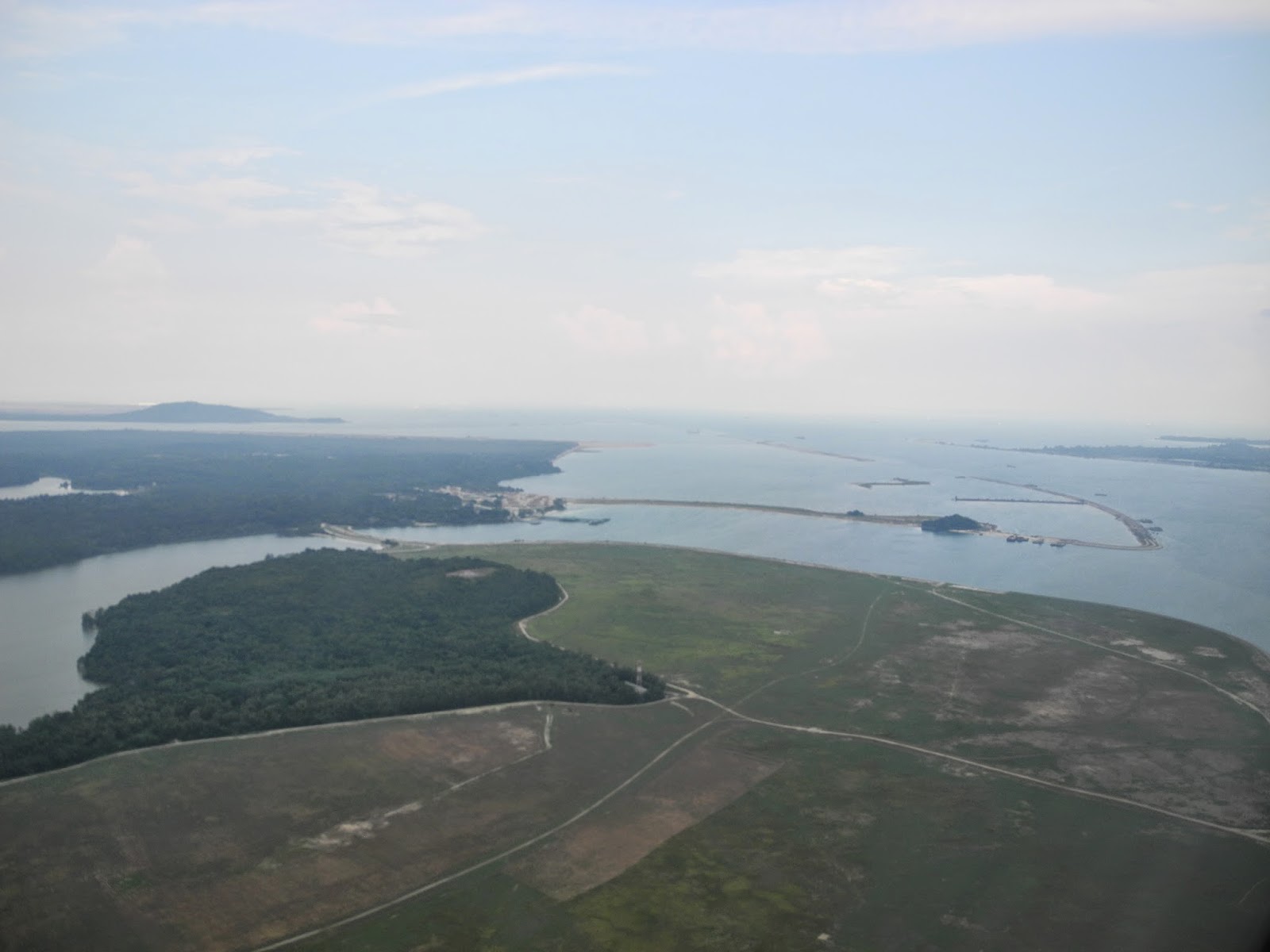 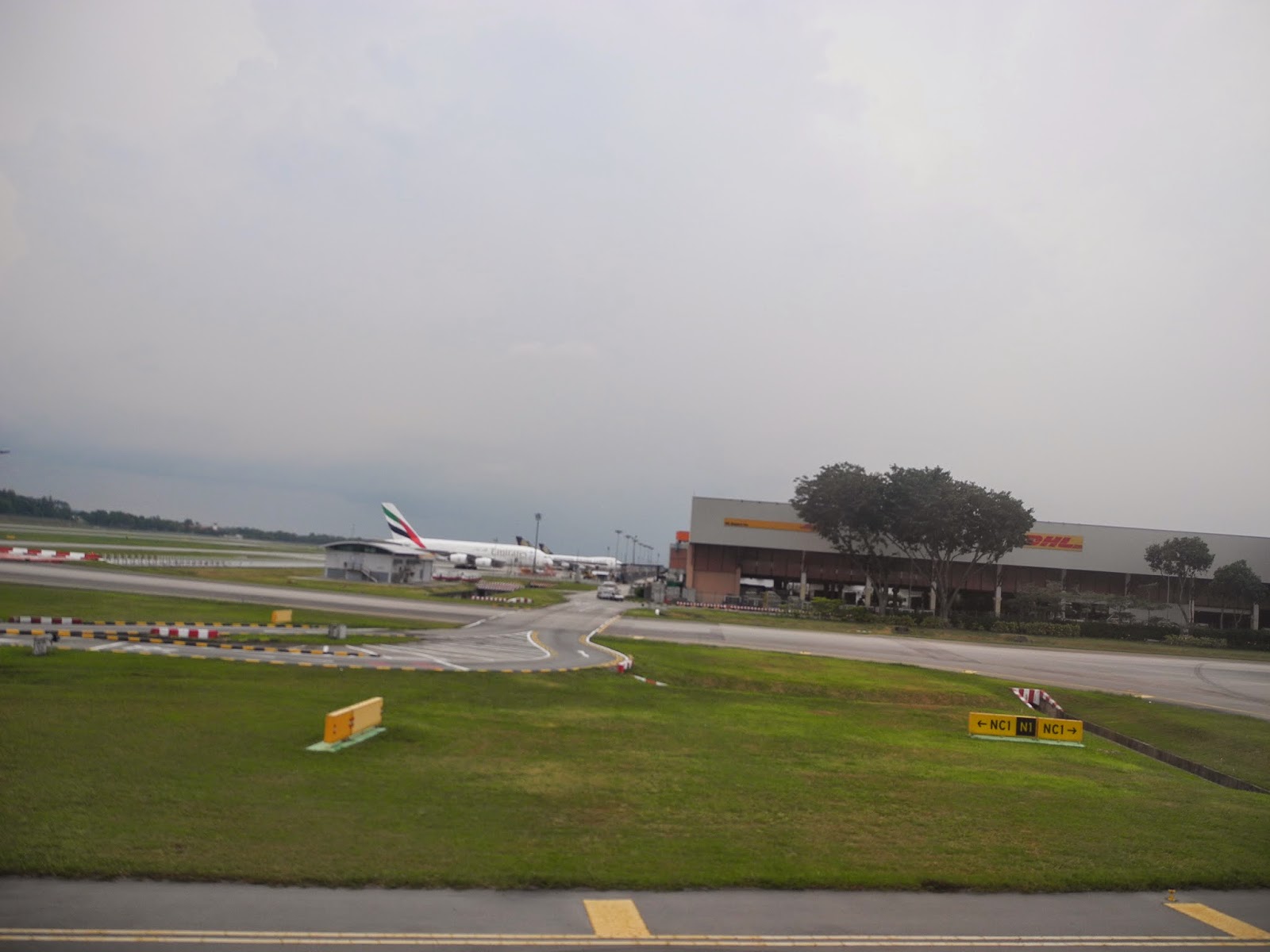 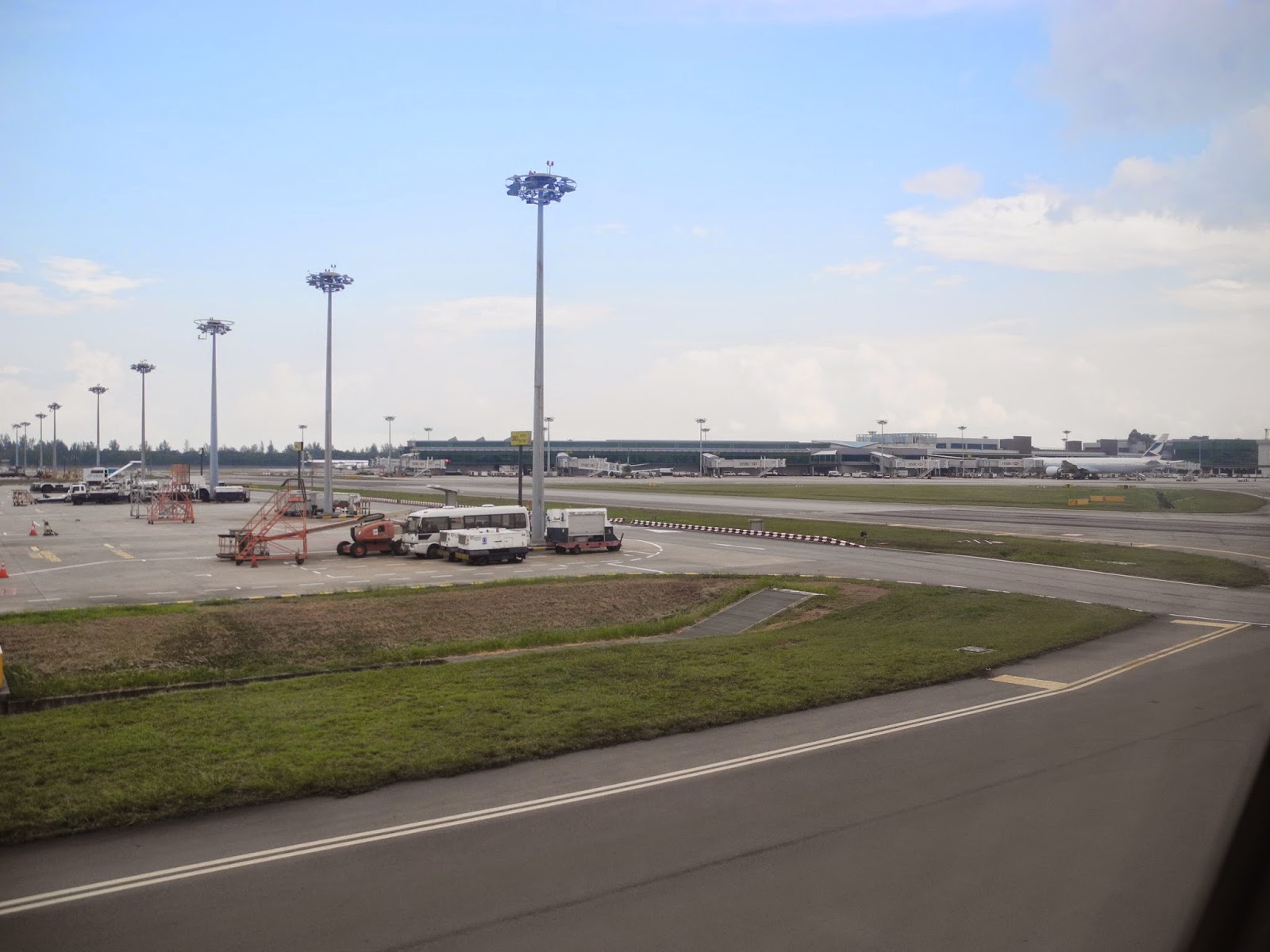 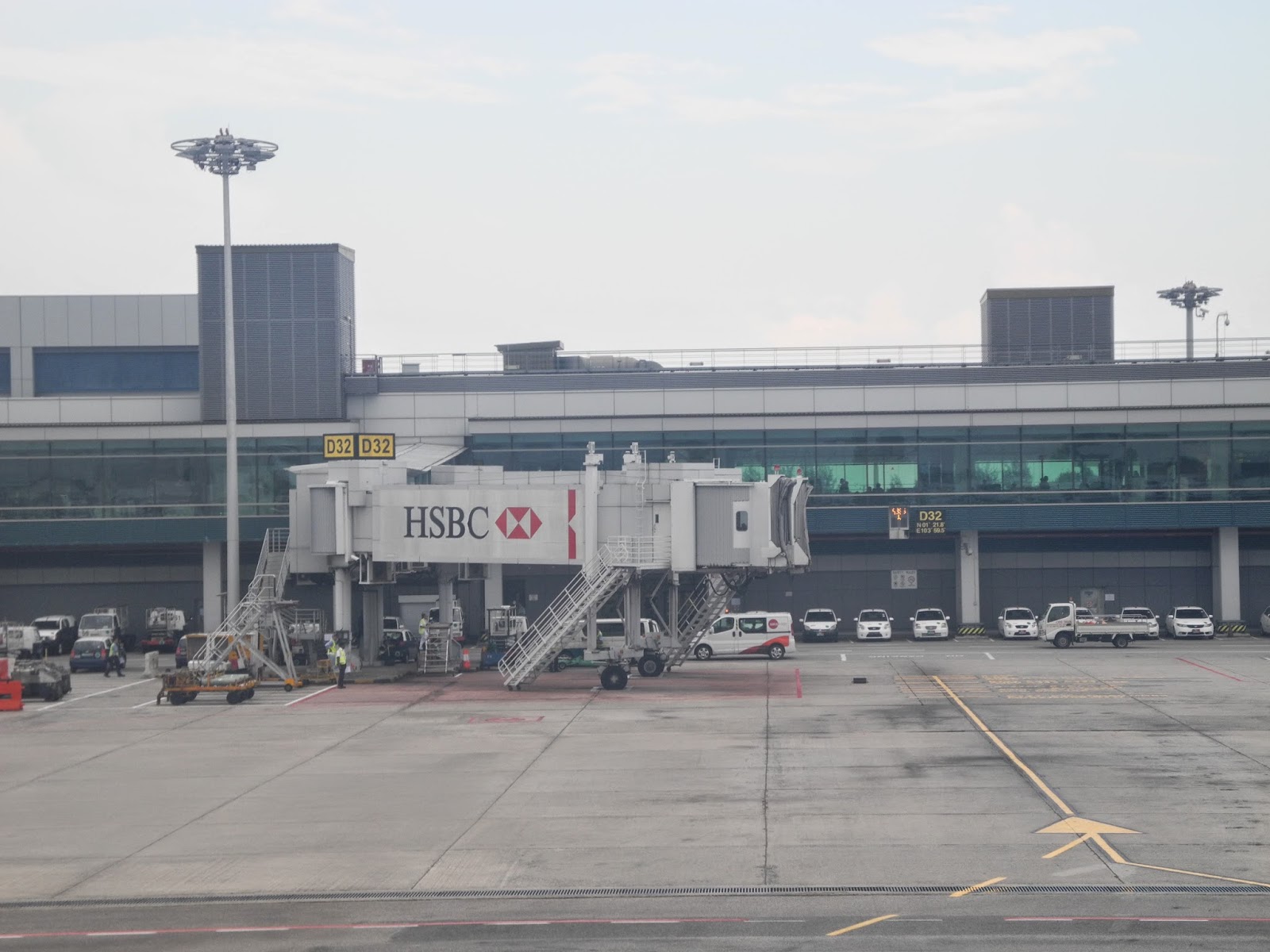 After a short taxi duration of just 10 minutes along the tarmac towards Terminal 1, we finally docked onto our arrival gate, Gate No. D32, at 3.40 p.m.. Once the seatbelt signs were switched off, we immediately unbuckled and took all of our belongings from their respective storage areas, checking to see that nothing had been left behind on board at the same time.

In a nutshell, this brief Hari Raya Puasa (Eid al-Fitr) weekend trip to Bangkok, Thailand, was quite a good one. In particular, the shopping was quite enjoyable and the hotel accommodation was much better than the one I had in Hong Kong in March 2014; in fact, I enjoyed this trip more than Hong Kong. Hopefully, I will be able to come to Bangkok again for Chinese New Year in 2015.
時刻: 11:07

Attention: No Posts For This Month

barrych
I have Asperger Syndrome, and I am also a rail fan and commercial aviation fan. I am also a free thinker, and am especially fond of traveling to Japan.